I really wanted one of the regular releases of these Gentle Giant Jumbo Alien figures, but when I saw the price I realized that I could actually buy a pretty minty version of the original Kenner release for that price!

After their glow-in-the-dark SDCC edition, Gentle Giant has now planned to release these two 35th Anniversary celebratory gold plated and silver plated versions of the xenomorph.

Both will be limited to 79 pieces each and will be available for pre-order on their site soon. 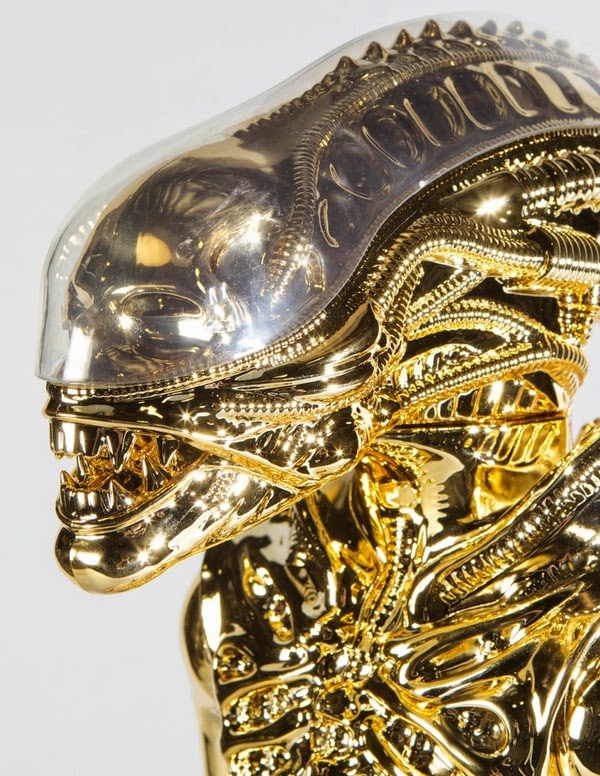 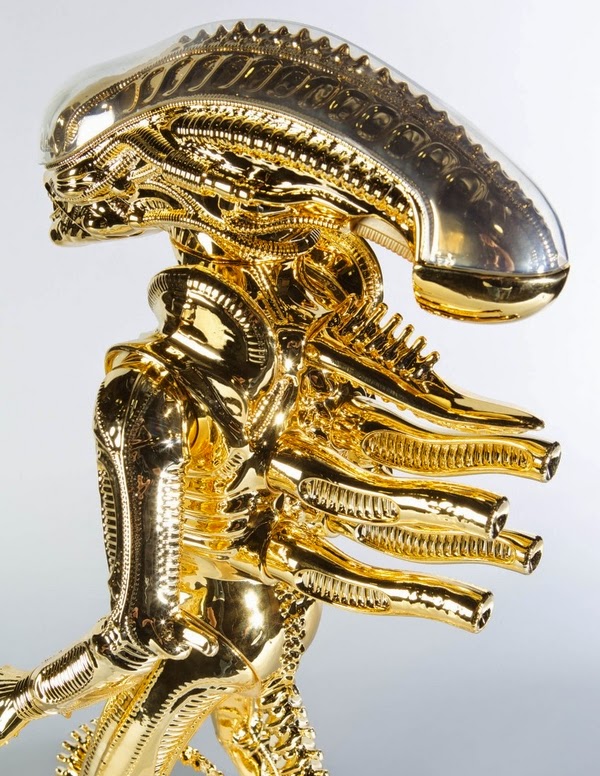 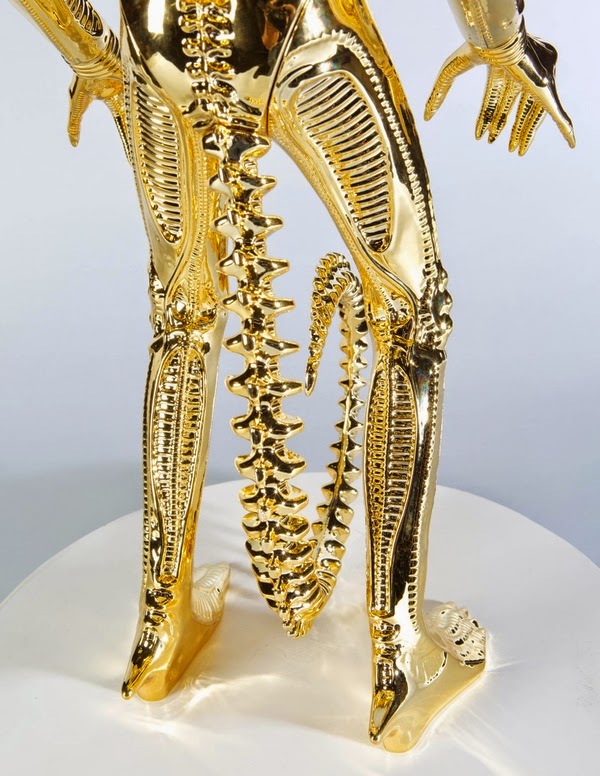 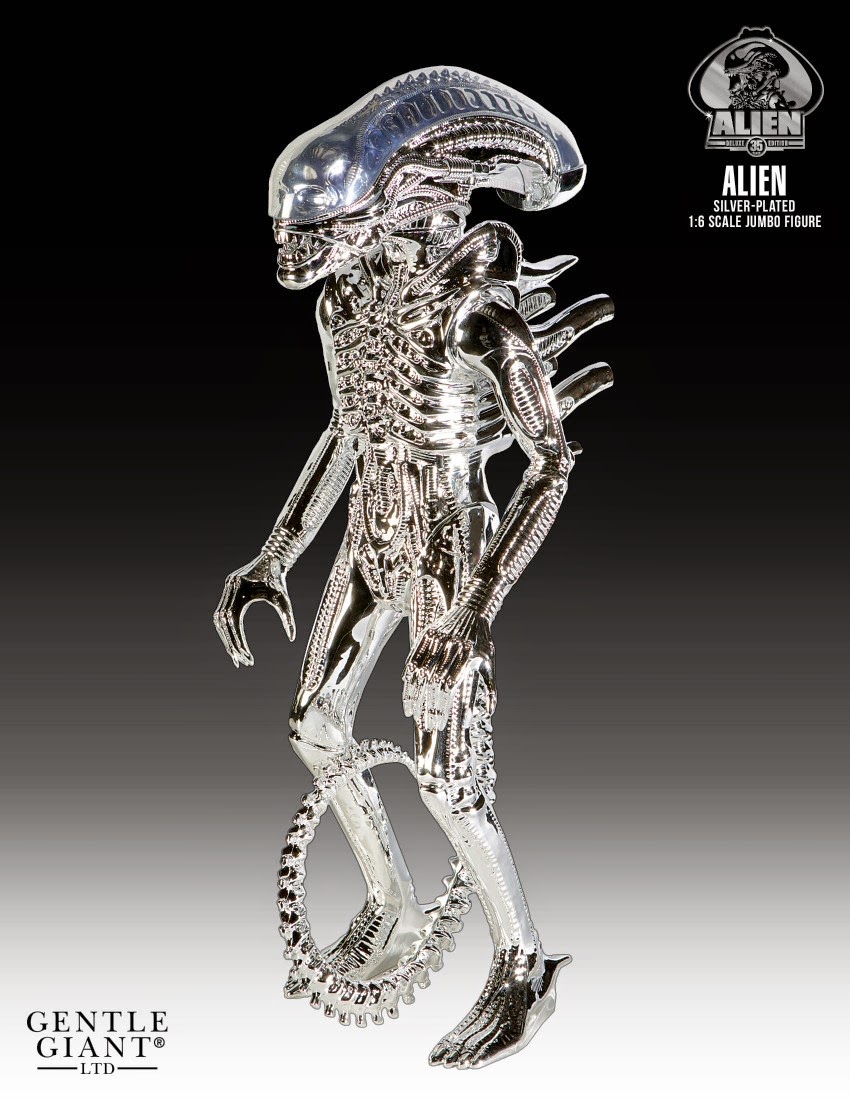 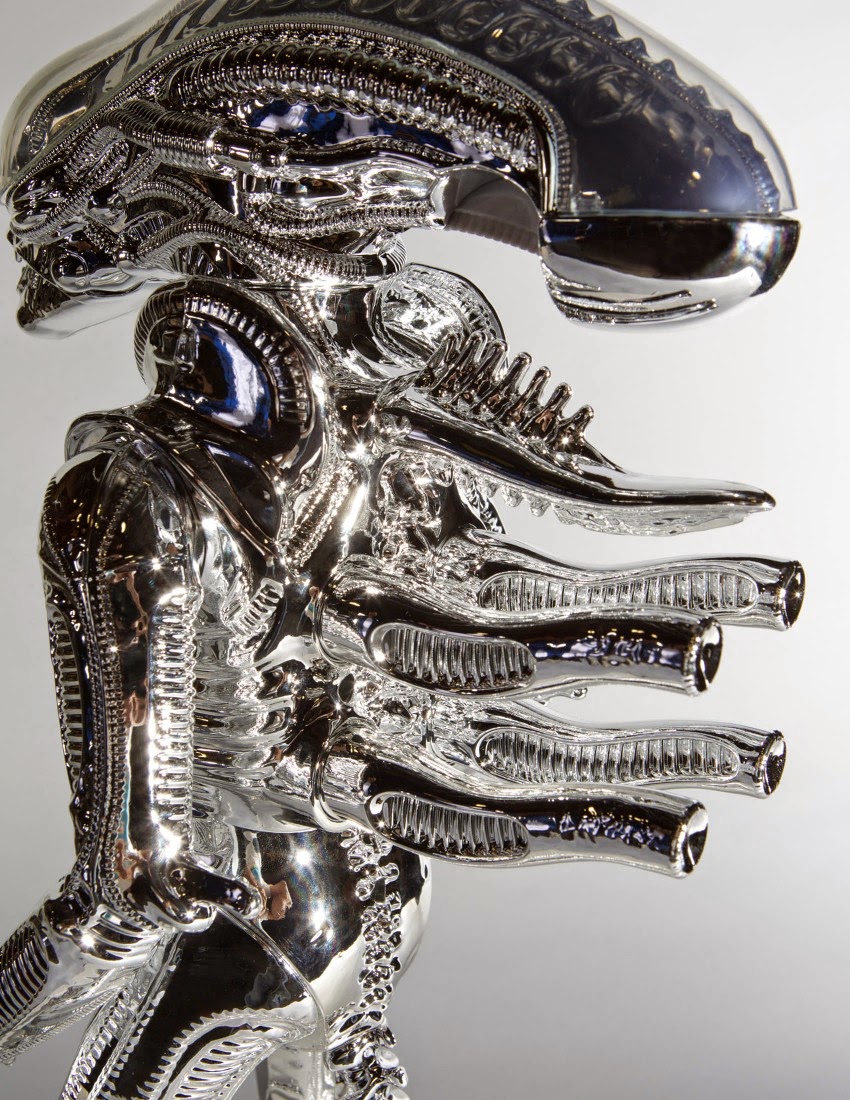 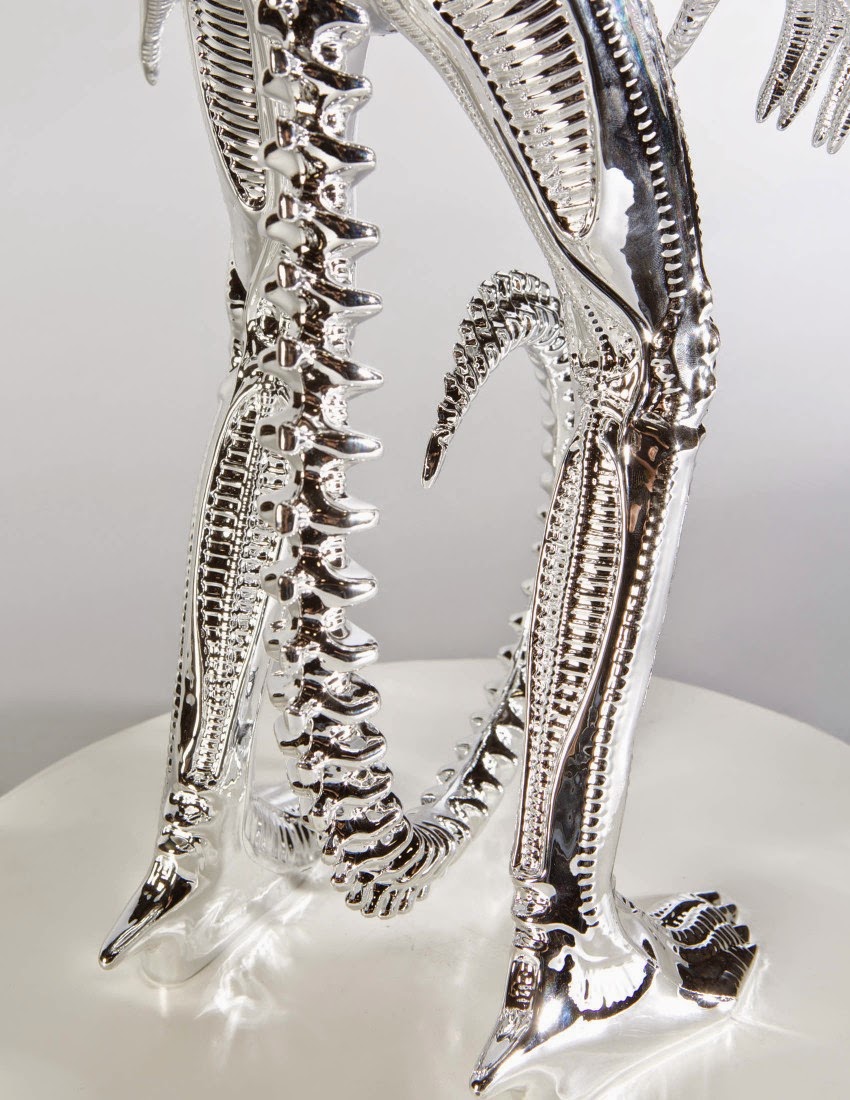