After a almost a year from the release of the original Gypsy Danger, NECA is just about to finally release the new and properly updated version of the Jeager.

The first one was created with a bit of, how shall we say, cheapness in mind. This was due to the fact that Walmart was originally going to carry the Pacific Rim figures, but they would only buy them at a certain price point. (Something that plagues all US action figures as companies but cut corners to meet the low price point that big box store demand to buy them at.) So, the original Gypsy Danger lacked some articulation-- and possibly paint apps-- that NECA would have usually put into the figure. This deal apparently fell through and Walmart decided not to carry the figures, so NECA had to release them through their usual outlets as-is.

But, being the awesome company that they are-- and knowing that we'd love to get the best Gypsy Danger possible (after all, he is the "star" of the film!) they created a band new version of the figure from the ground up.

He includes much better articulation, additional sculpt detailing, more accurate paint apps and accessories like extra hands, the "batter up" oil tanker and his chain sword -- this time properly done. All previous of the sword show it in it's "mid-transformation" mode. Even the 18" Gypsy Danger figures include the inaccurate sword. This will be the first figure to include the correct version. (I wish they included it with their 18" battle damaged GD to correct the first version.)

Also included in this assortment (although it's only two figure) is one of the "blink and you'll miss it" Jeagers from the opening of the film, Tacit Ronin. 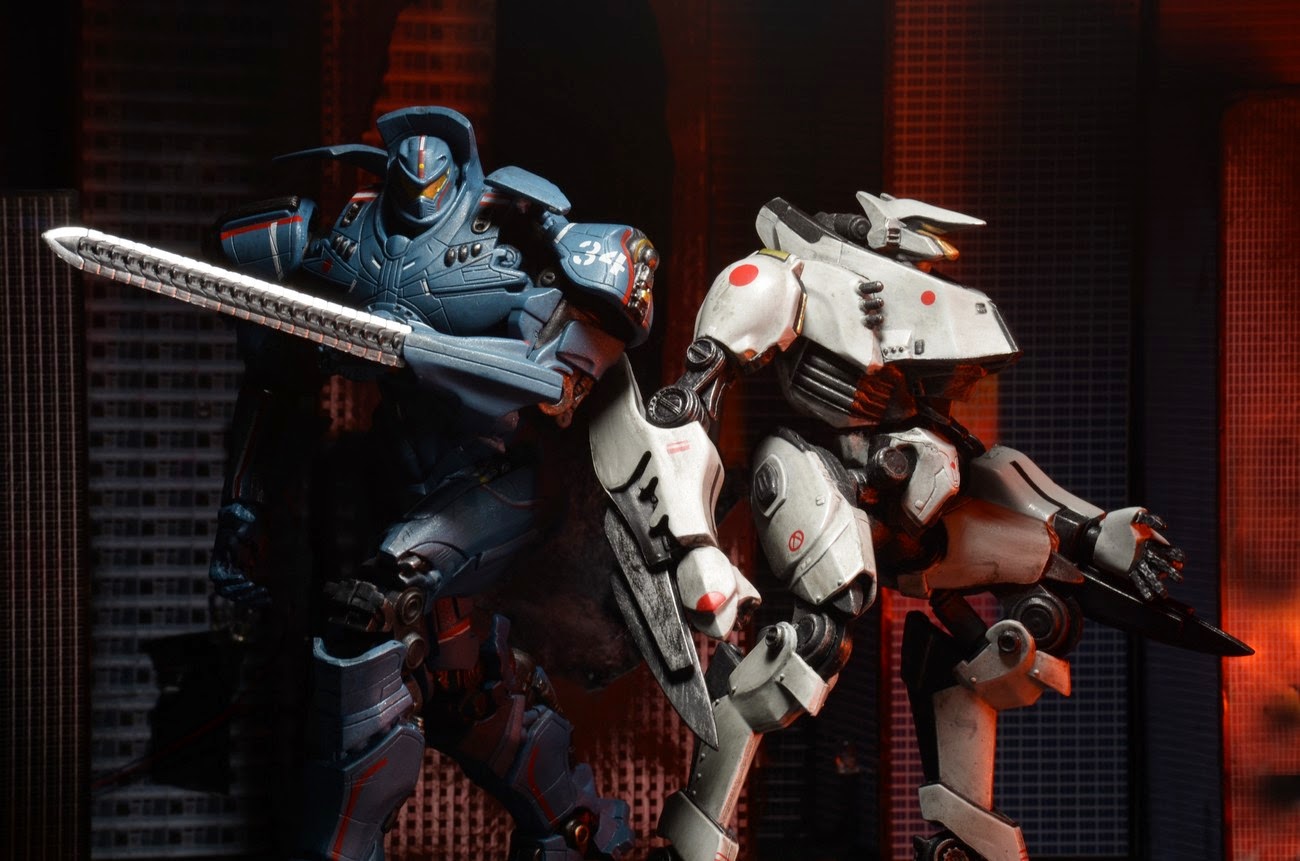 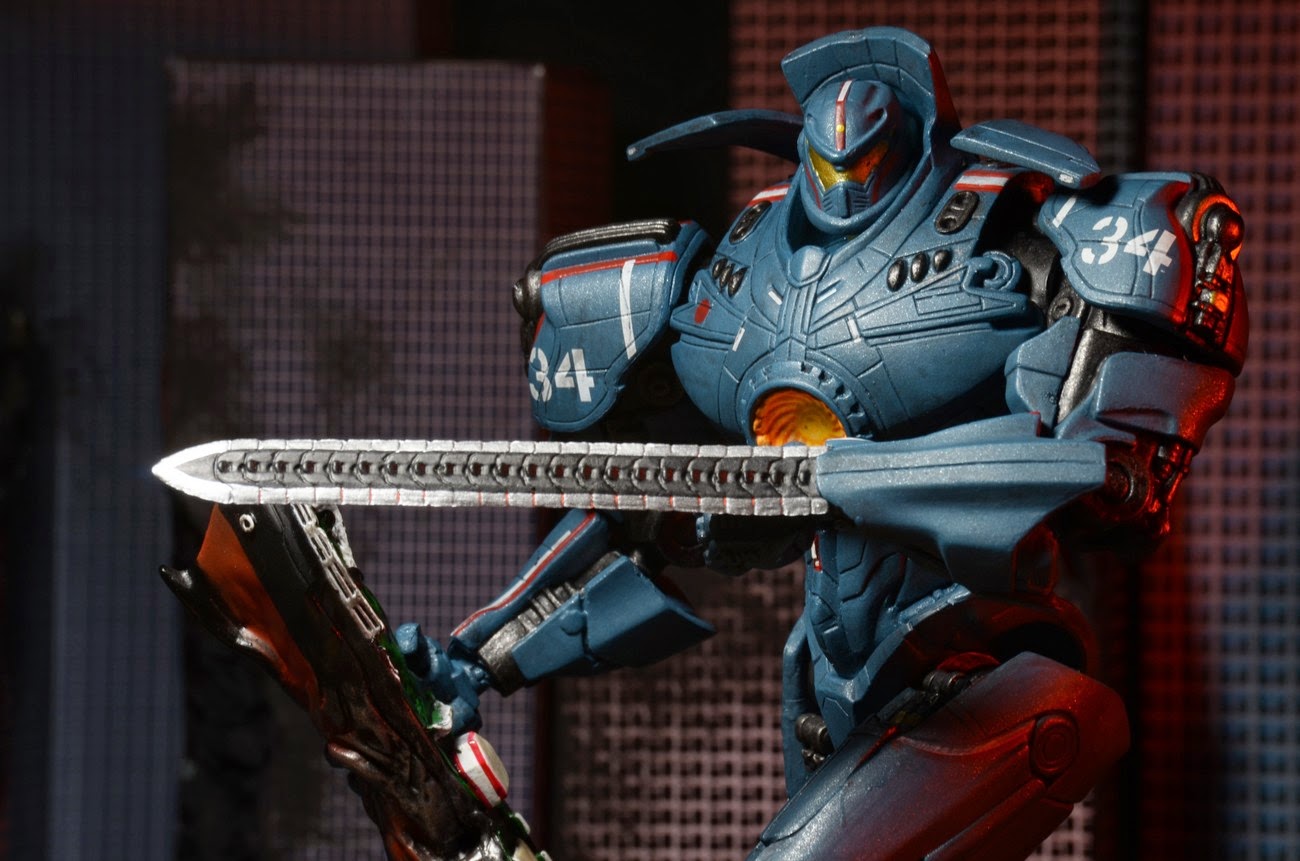 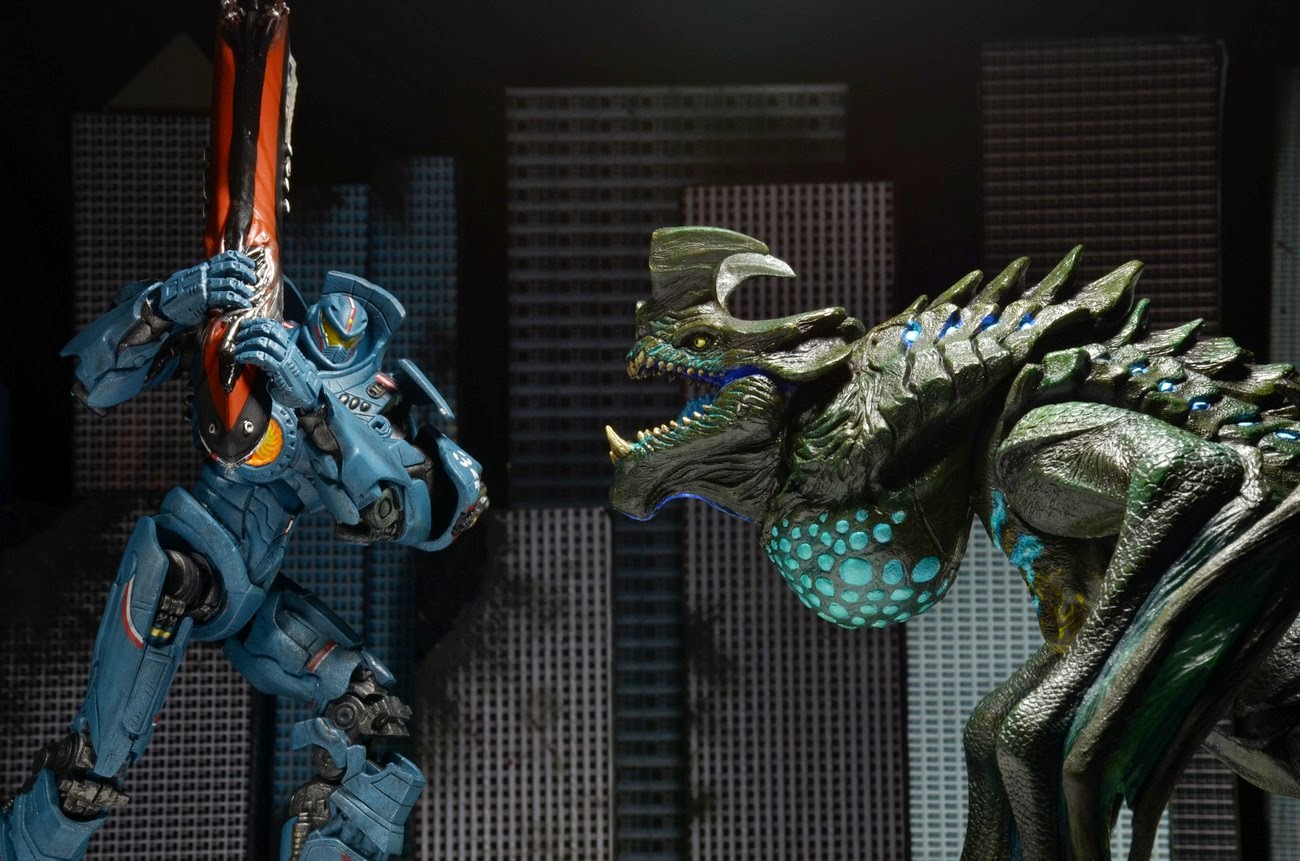 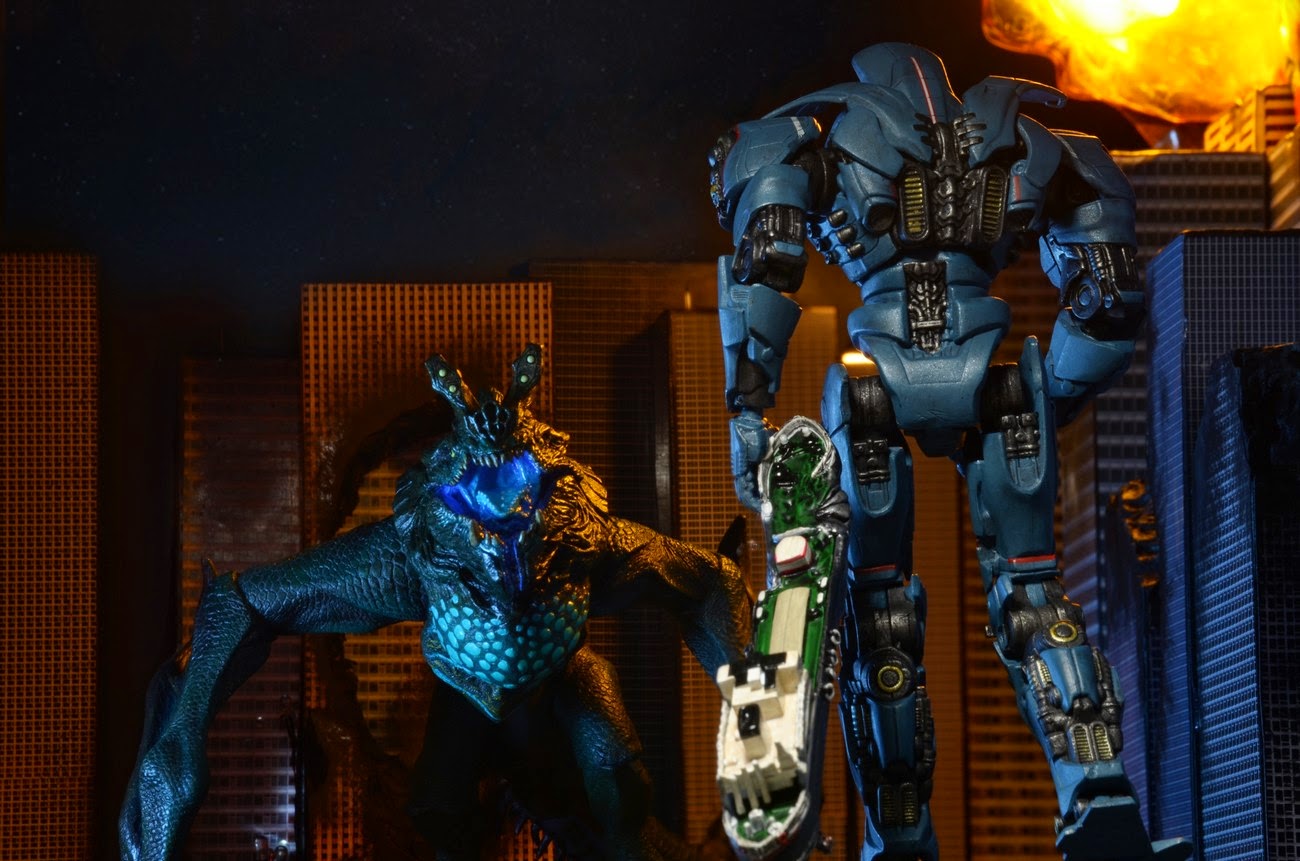 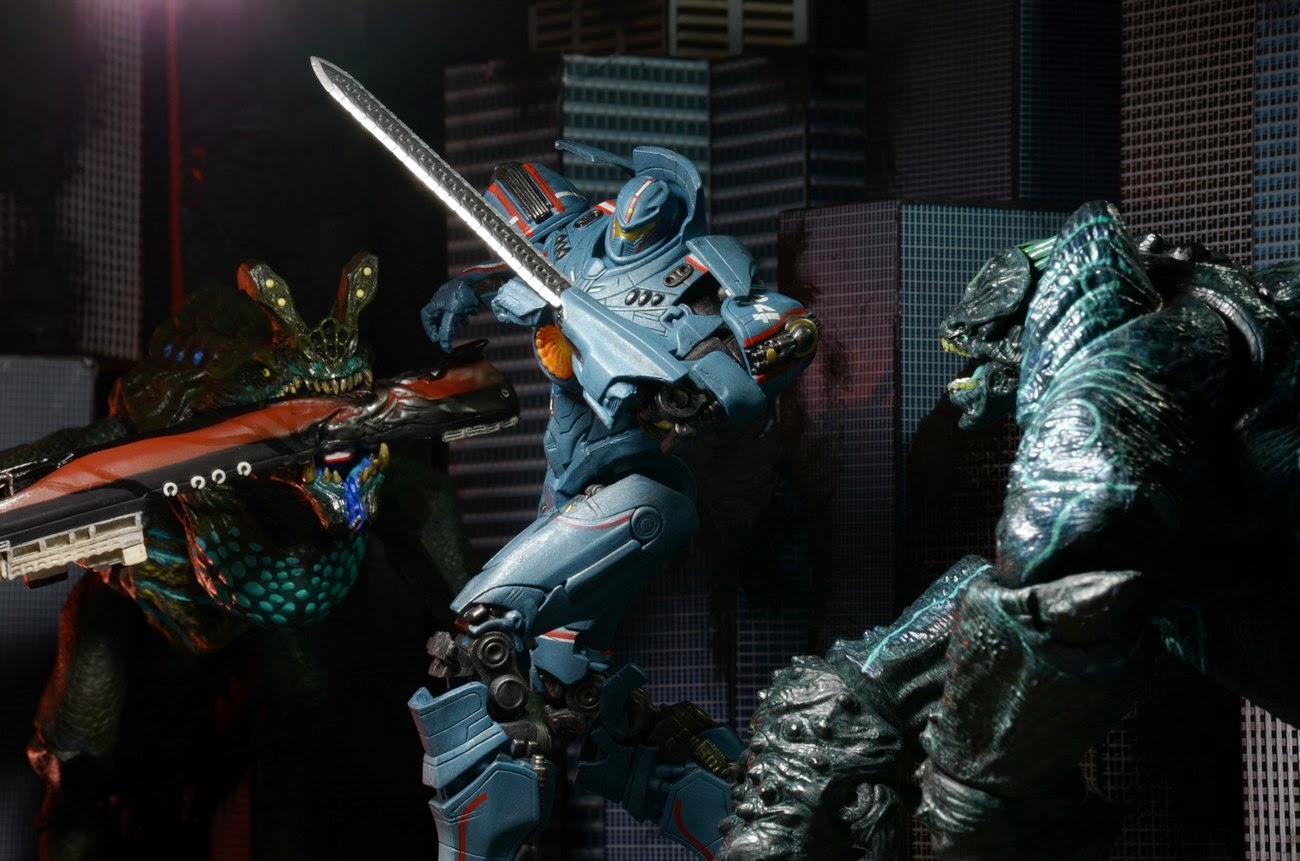 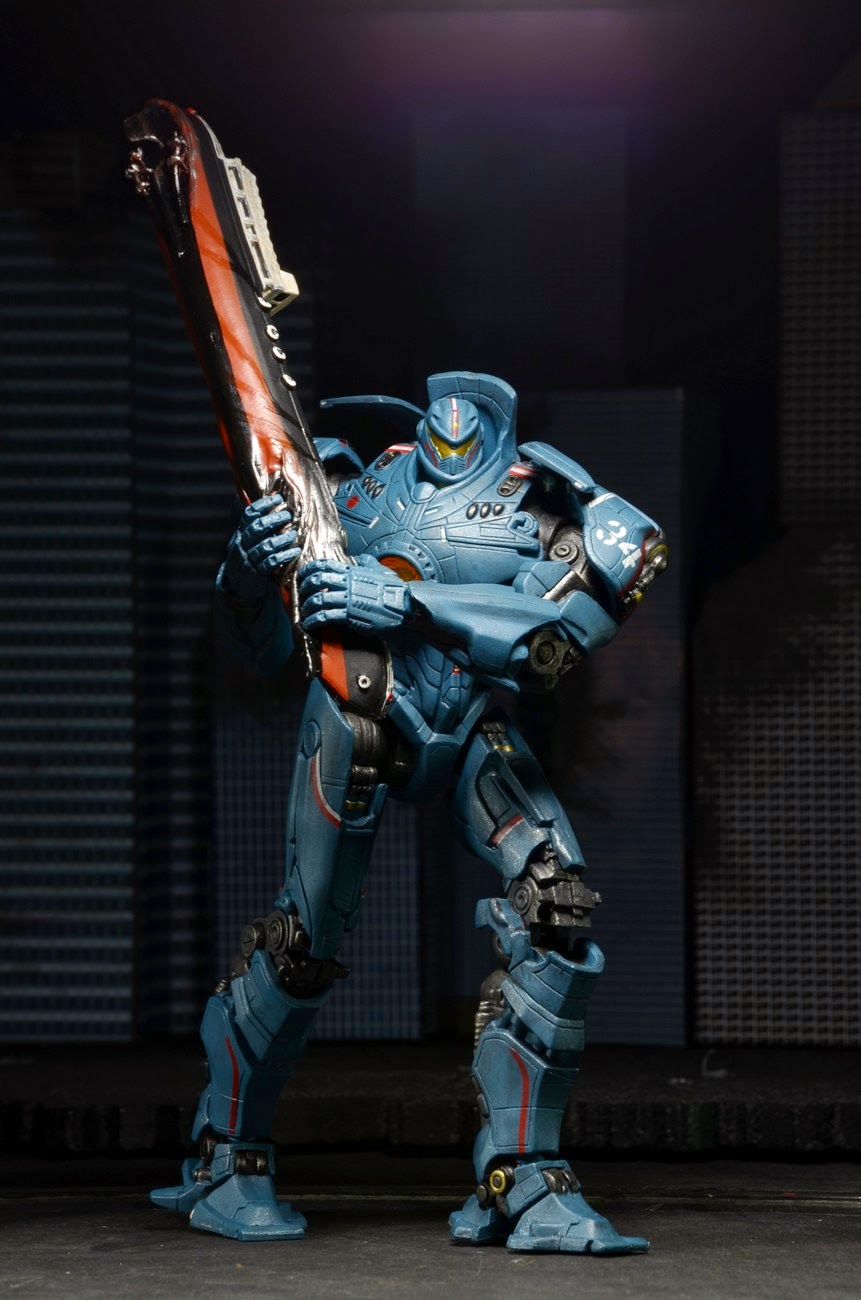 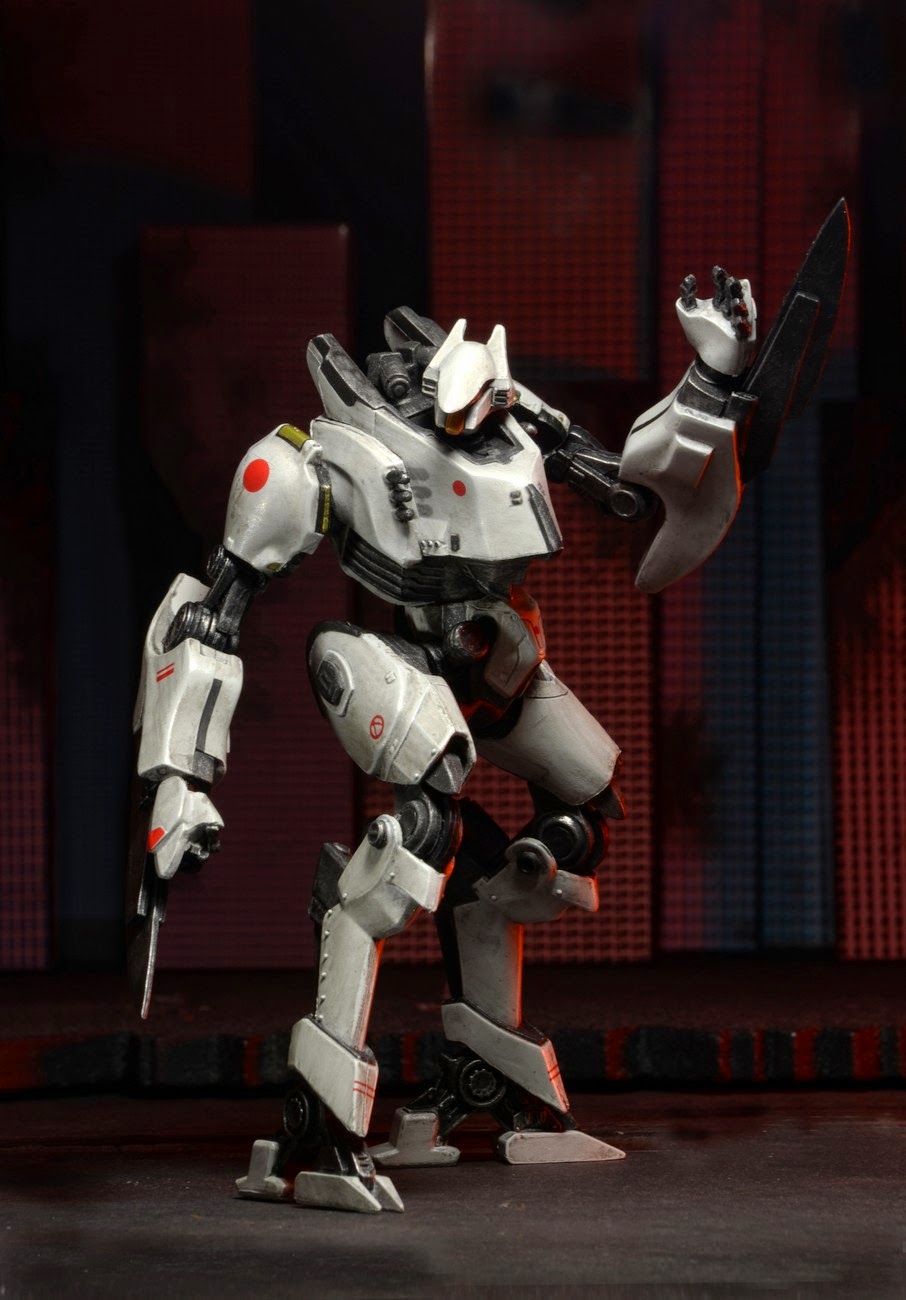 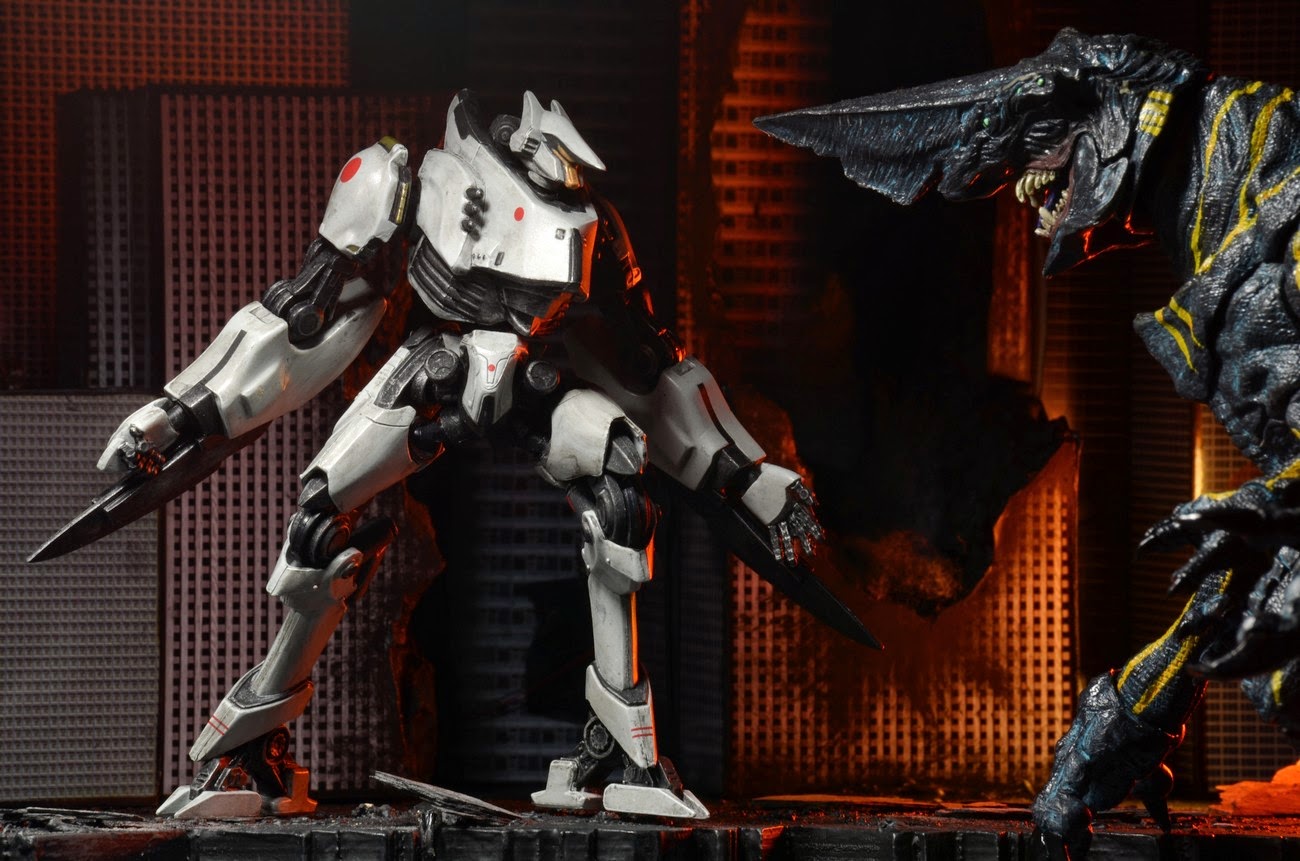 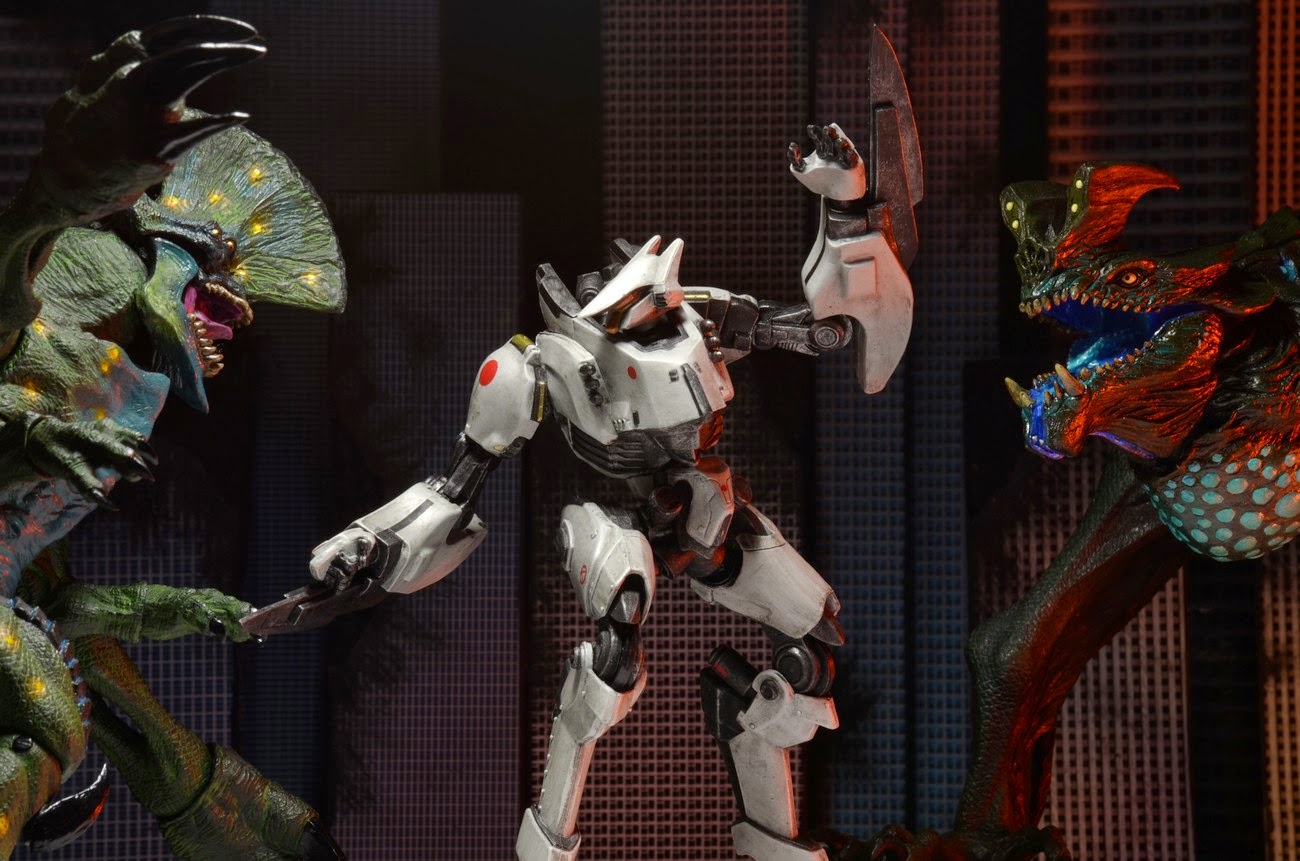 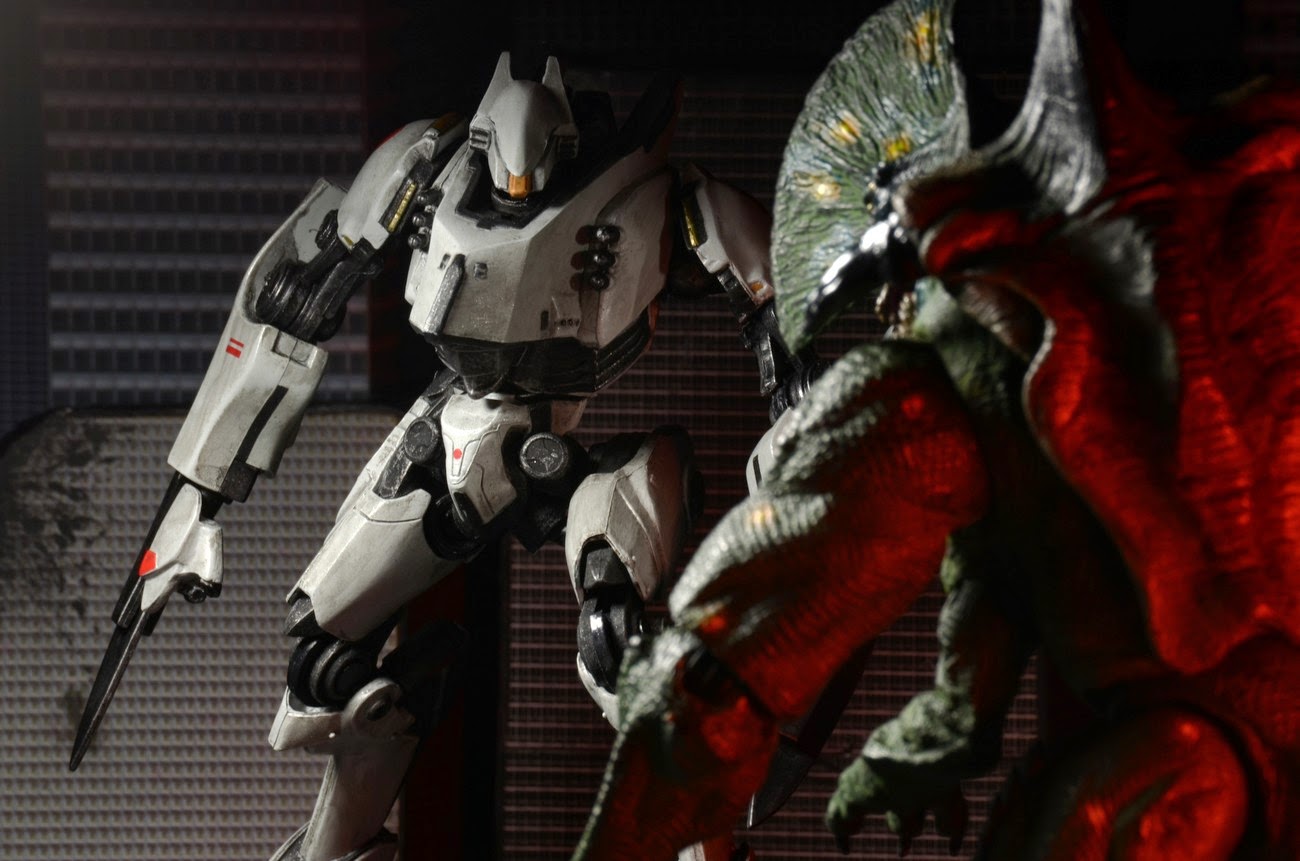 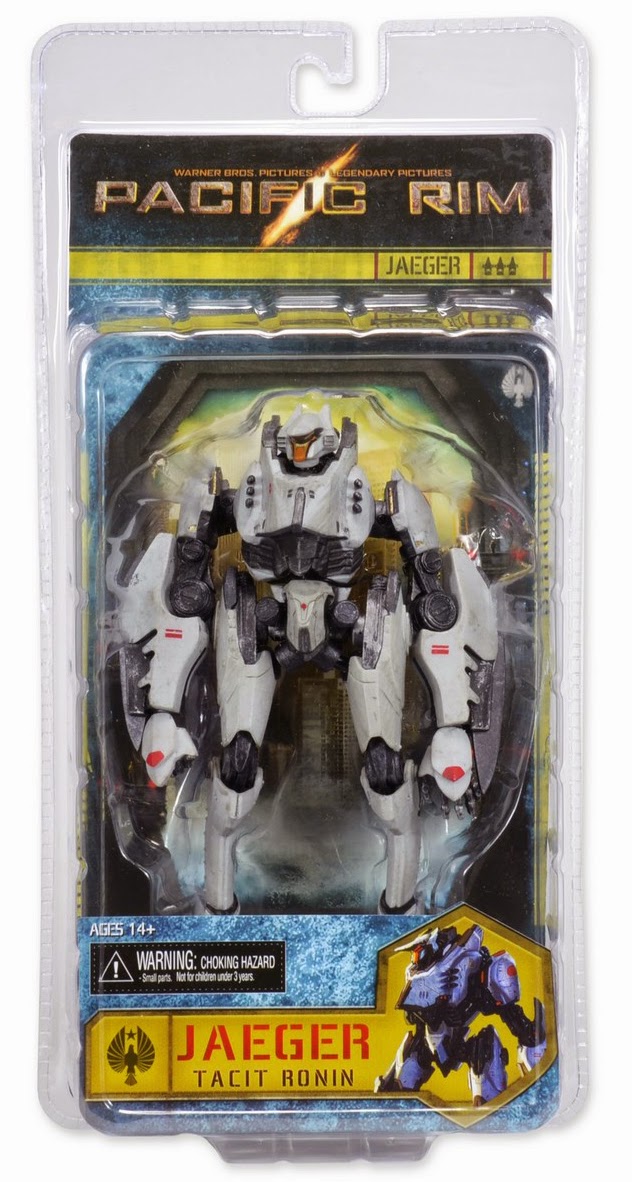 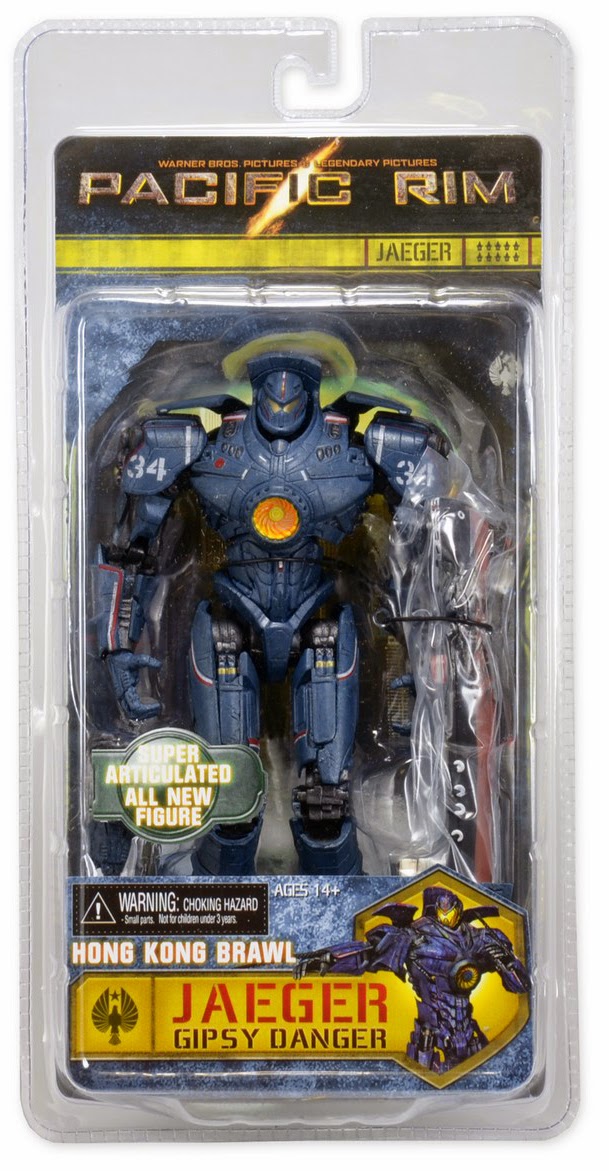 These two are shipping right now from NECA, so expect to see them on toy shelves and specialty stores any time now.
Posted by John Stinsman at 6:15 PM