Time to take back what I said yesterday... Somewhat.

One of my concerns about buying this figure was that I didn't want to invest money in the line if I wasn't going to be able to complete the entire Avengers team. Today, NECA has stated that Cap "would soon be joined by Iron Man and Thor" and that they are "looking into the logistics of doing a Hulk".

That's certainly fantastic news-- but would NECA even attempt to produce a 1/4 Black Widow given the negative feeling most manufacturers have towards even $10 female figures? It just seems unlikely that we'd ever really see the complete team-- with Black Widow.

So far, the only way to have a complete Avengers movie team is either in Hasbro's 3.75" scale, Hot Toys' 1/6 scale figures, or Diamond Select's minimates. Hasbro screwed us on the 6" figures, Marvel Select gave us no Avengers Cap or Black Widow (and when I asked them about it at Comic-Con, they said that neither were planned), so what is the likelihood of a $90 1/4 scale Black Widow by a US company and being sold at retail? I'd say you probably have better odds being struck by lightning.

Plus, there's no mention of Hawkeye. He might be skipped as well since he's not really a "big gun" in the Marvel Universe and wouldn't have the same appeal at reatail as these other characters-- all of whom have had their own films.

Maybe I'm just OCD-- although I prefer the term "completest"-- but it bugs me endlessly when I have incomplete areas of my collection. It also bugs me when a company doesn't complete a line of well known characters (like the cast of Star Trek or a cartoon like Thundercats) and only gives us some of the characters.

The head looks to maybe be a little big... And to be honest, you really need to see NECA's 1/4 stuff in person to truly appreciate it. Online, all figures look the same size, and as someone who owns both the 7" and 1/4 scale Predators, I can tell you that they look almost identical online, but in person, there is a huge world of difference (despite almost exact designs).

While I doubt that I'll be picking this one up, mostly because of I just don't have the room-- plus I prefer the Hot Toys figures-- and because I don't want half the Avengers. If I'm going to get one, I want the whole team-- something that both Hasbro and Marvel Select failed to do. And, as of yet, NECA has not confirmed more than just Cap, with Iron Man in the prototype stages.

Looking at this figure does make me think one thing, though: "Why can't NECA be doing 7" Avengers figures?!?! Why does Hasbro have to be the license holder for figures in that scale!??! Oh, how I'd love NECA to do smaller, affordable Marvel figures!!!" Yep. It makes me think exactly that. 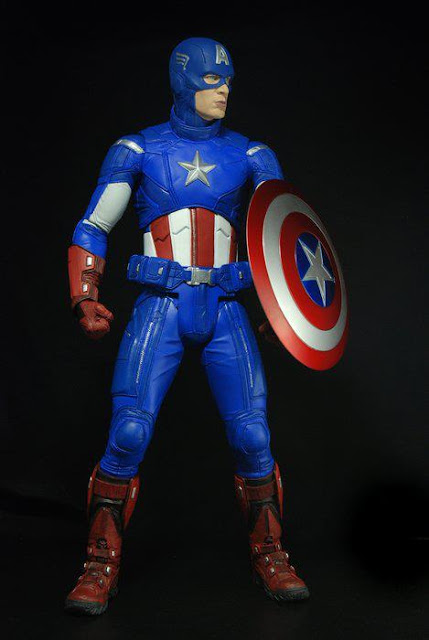 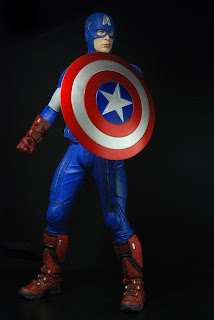 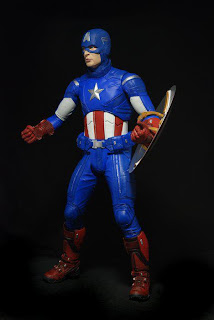 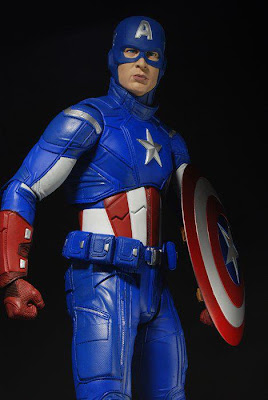 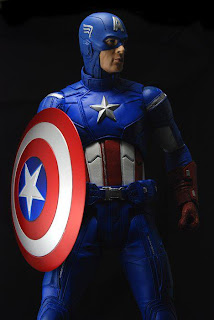 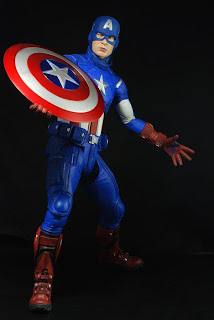 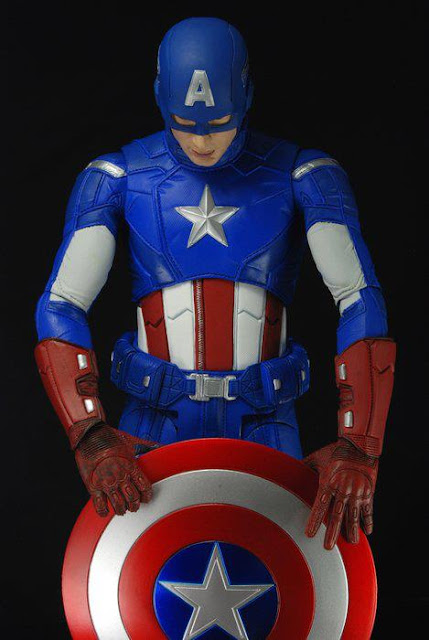 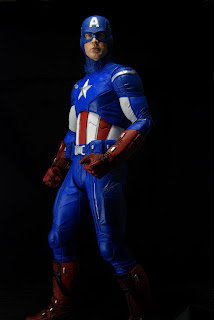 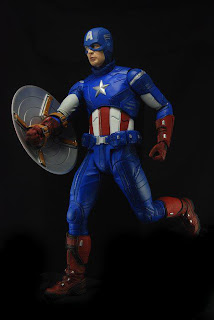 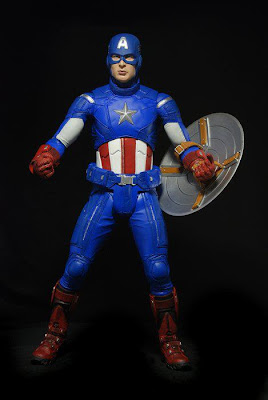 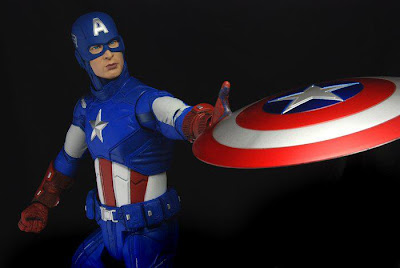 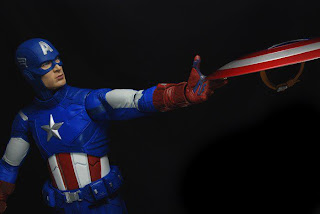 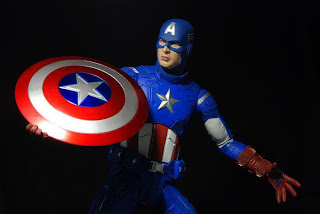 Tempted... Sooooooooo damn tempted to buy this thing. My love for all (well, most) things NECA as well as my geek-love for the Avengers film are both ganging up on me to buy this awesome 1/4 scale Captain America.

I'm really waiting to see how it looks in person-- or at least close-up in some nice, hi-res pics. So far, everything I've seen has been at a distance that makes the details almost impossible to really make out. 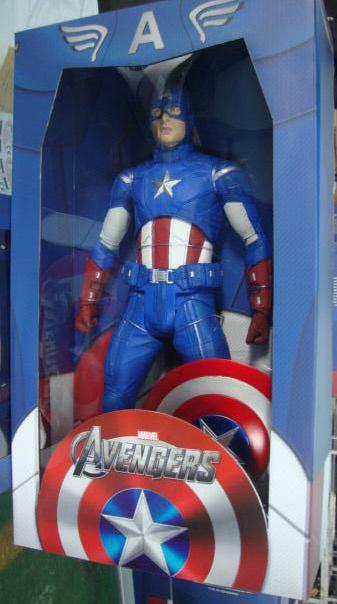 NECA says that Cap will be hitting toy shelves at the end of this month for around $100.
Posted by John Stinsman at 7:00 PM