Here is my personal Top Five List of toys for 2013.

I picked toys that I had personal knowledge of. Since I'm not one of those fancy "official" toy web sites, I don't have access to all the kinds of (free!) toys that they get for review purposes, so everything listed here is in my personal collection (other than #4).

But, that in no way changes the fact that these are what I consider to be the top five toys from last year.

So, let's get started! 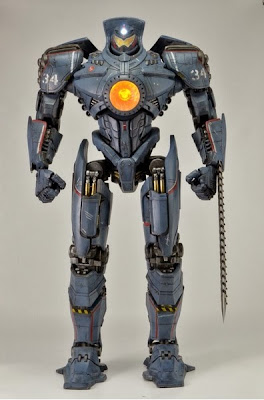 I grew up on "giant monsters" and "giant robots", and my love for the genre has never waned. And, apparently, neither has writer/director Guillermo Del Toro's because this movie is a "love letter" the the genre like none other. (Watch the director commentary on the Blu-Ray to see just how knowledgeable and geeky Del Toro is when it comes to all the influences he used for the film!)

Granted, as a movie, it's not perfect; but as a Giant Robots vs Giant Monsters showcase, it's unparalleled and absolutely perfect!

I was, of course, excited to get the NECA 6" figures from the film, and for US made robots, they were pretty cool, but not "great". (I'm used to the brilliance of Bandai's Soul of Chogokin line, or Takara's Transformers Masterpiece figures.)

Then NECA announced that an 18" version would be coming and I immediately pre-ordered it.

Getting it in-hand early last month, I absolutely fell in love with this figure, especially since it reminded me so much of the giant "Shogun Warriors" of my youth.

The paint and detailing on this massive beast of a 'bot makes him look like he stepped right off the movie screen, and the light-up chest and head lamp only add to the "awe factor" to this beautiful figure.

Like the film itself, the figure isn't perfect. It could have used some more articulation joints in the arms and a second set of open (or even posable!) hands, but also like the film, its pros make any cons almost meaningless. 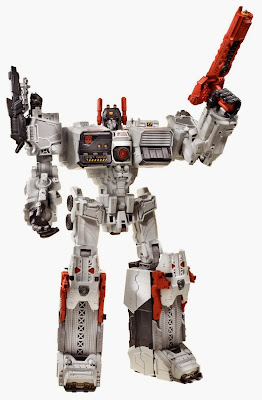 Touted as "the biggest Transformer ever", Metroplex represents Hasbro at their best.

Fantastic design and execution, with a look that could easily please both classic and modern TF fans alike, this figure just blew the collecting community away.

With a piece like this, it's easy to tell the kind of faith and love that Hasbro has for the TF brand as well as its strength at retail.

The SDCC exclusive has a leg up on the retail retail version, featuring chrome thighs and a chrome faceplate. 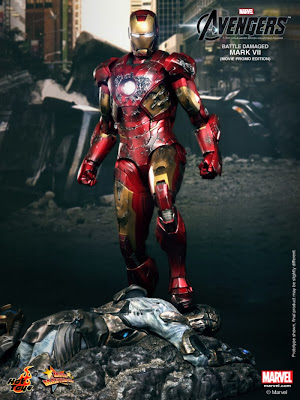 What would a Toy Toy list be without a Hot Toys figure?

There were many stand out figures this past year from the HK toy company this past year, but the most impressive has to the the Battle-Damaged Iron Man Mk VII from the Avengers film.

With intricate detailing, paint and a horde of swap-out parts-- not to mention that diorama base (which I think should be a HT staple for all of their figures)-- this piece can easily stand on its own, without the rest of the Avengers, and still be the gem of any toy collection. 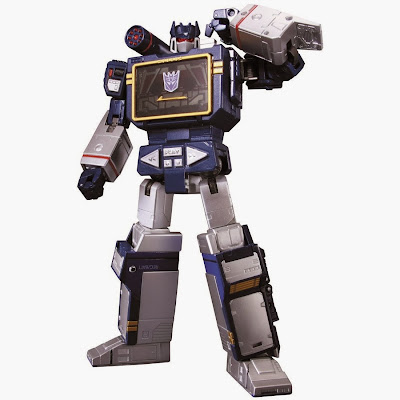 If you're looking for absolute Transformers perfection, then look no further than Takara's Masterpiece Soundwave.

The original figure from 1984 was certainly one of my favorite figures/characters as a kid.

How could you not love a toy that can "eject" other figures from his chest!? Plus, of all the other Transformers at the time, Soundwave was the most like a true "action figure", whereas most of the others, while they looked cool, couldn't really move all that much.

Add in the fact that Soundwave was so cool in the cartoon series-- especially with that cold, robotic voice-- and he is an absolute fan-favorite.

There's no doubt that Takara knew that when it came time to add Soundwave to the Masterpiece series,  he had to be 100% perfect-- and thankfully for fans-- they hit the mark. 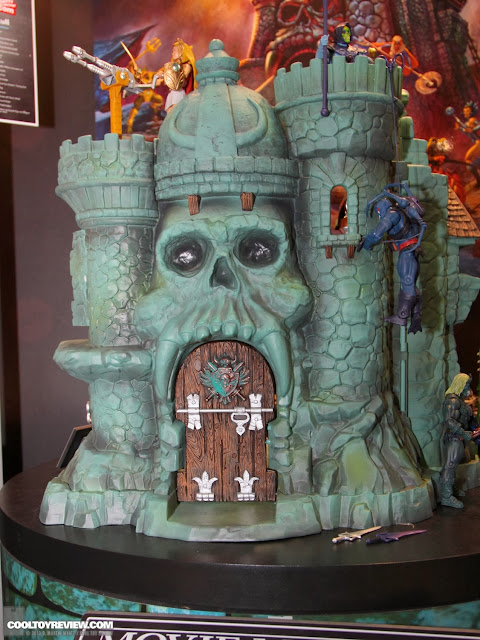 Who would have thought five years ago when the line first started that we'd ever have a huge Castle Grayskull playset to go with our figures? It certainly seemed like a total out-of-the-question pipe dream at the time.

But flash-forward to 2012 and Mattel announced that, if fans could show enough support via pre-orders that they would would make fan's dreams come true with a Castle that would completely blow the original version away.

Fans responded and the Castle was green-lit.

One year later, we finally have our Castle, and certainly for me, it is everything I could have hoped for.

The sculpting and deign by the skilled Four Horsemen shows nothing but love throughout every square inch of this behemoth playset.

With a working drawbridge door (via a secret lock opened with He-Man's sword), elevator, trap door, and vast improvements from the original (like all the cardboard parts now being fully sculpted and painted parts), this is the absolute top toy of 2013.
Posted by John Stinsman at 7:53 PM