Seeing these was a huge surprise at SDCC thus year. I had no idea it was coming.

Sideshow will be adding a 1/6 scale Marvel line to their roster (they already do 1/6 scale DC Comics figures) with the first two being Deadpool and Wolverine-- certainly two fan favorites!

The Deadpool was mind-blowingly awesome looking in person, but I was a bit underwhelmed by Wolvie. I dig the design, but I don't like the material they decided to use on the brown parts of his costume. I'm not sure what they should be using instead, but this material looks rough, unfinished and a bit cheap.

But, I'm super-excited to see what else they having coming in the line since a 1/6 scale Marvel comic-styled series is among my dream toy lines. I think Sideshow has progressed to the point where what we see in the prototypes is [pretty much] what we can expect with the final production piece, so my fear of getting something far less than expected is pretty much gone now. (Those old days just really left a horrible taste in my mouth, as you can tell.)

Hopefully they'll steer clear of the obvious choices at first-- like Cap, Iron Man and so on. I'd like to see characters that Hot Toys hasn't already done in the Marvel Movie lines just yet. 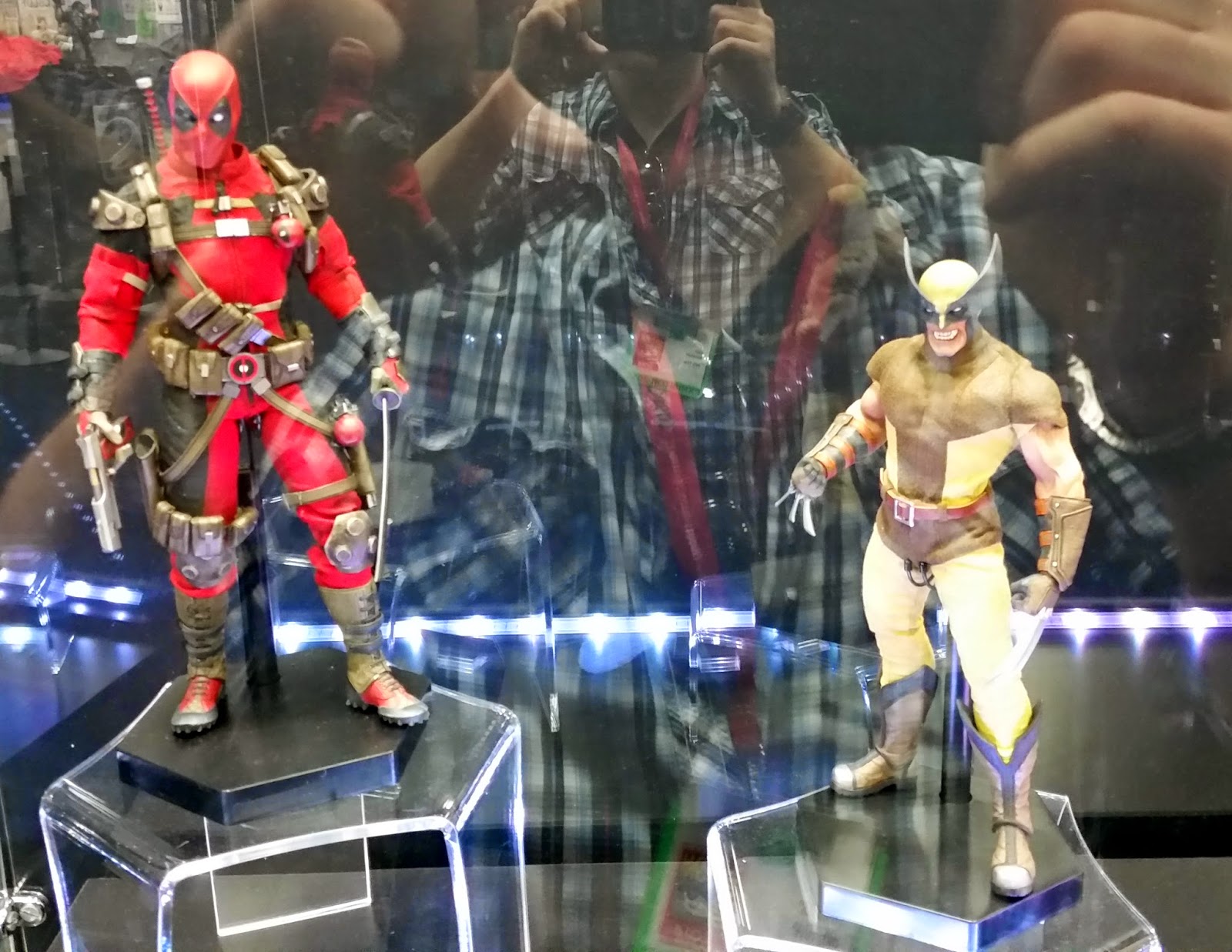 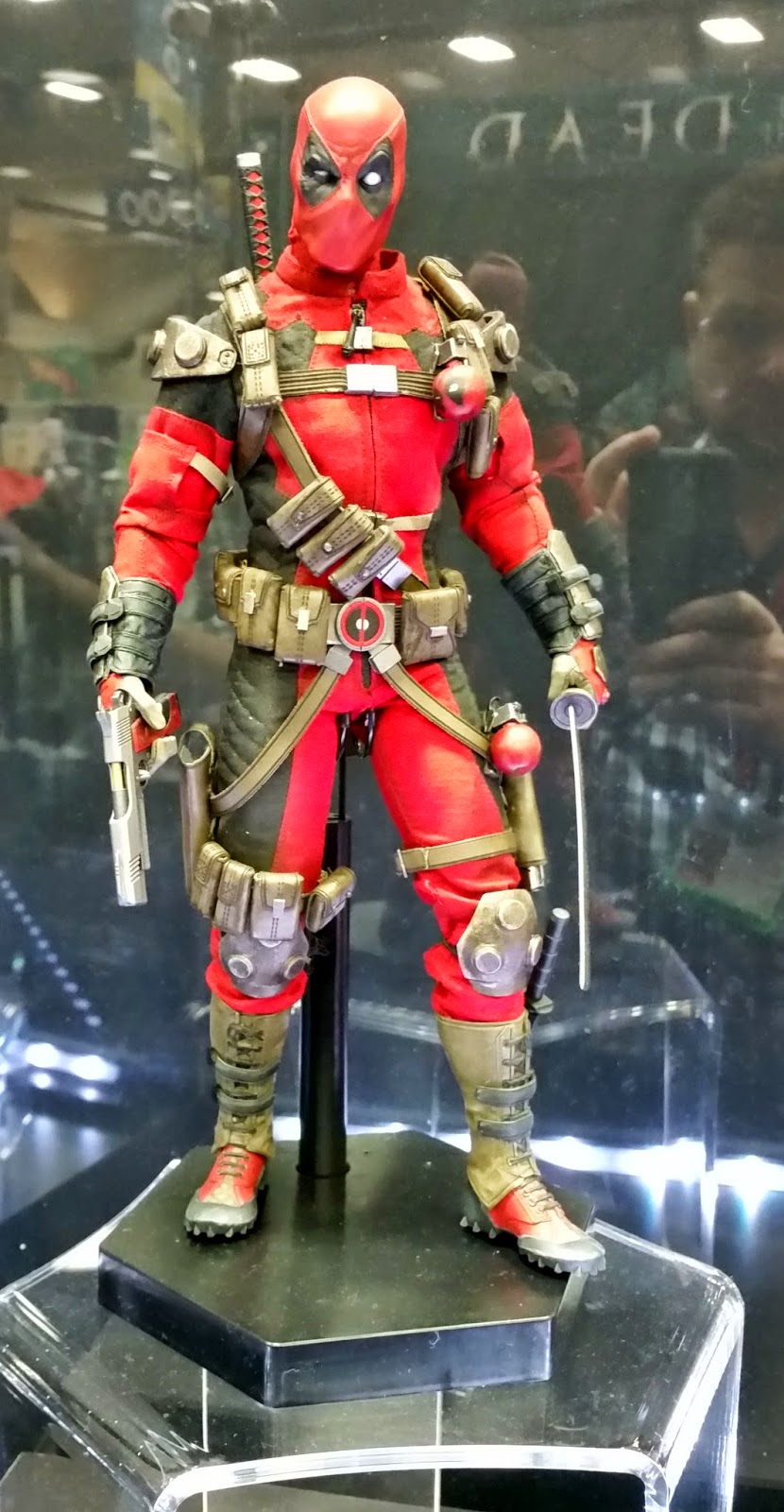 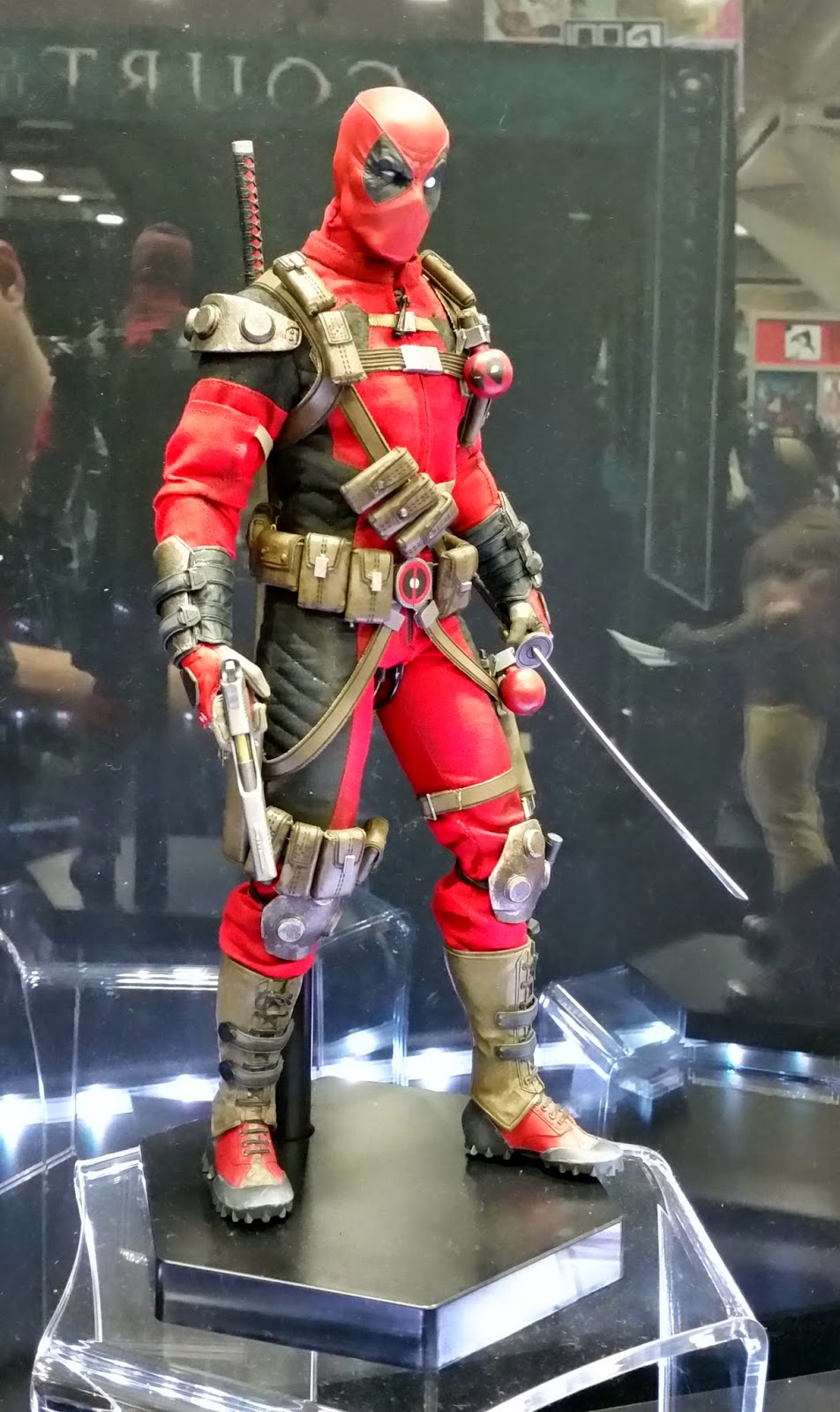 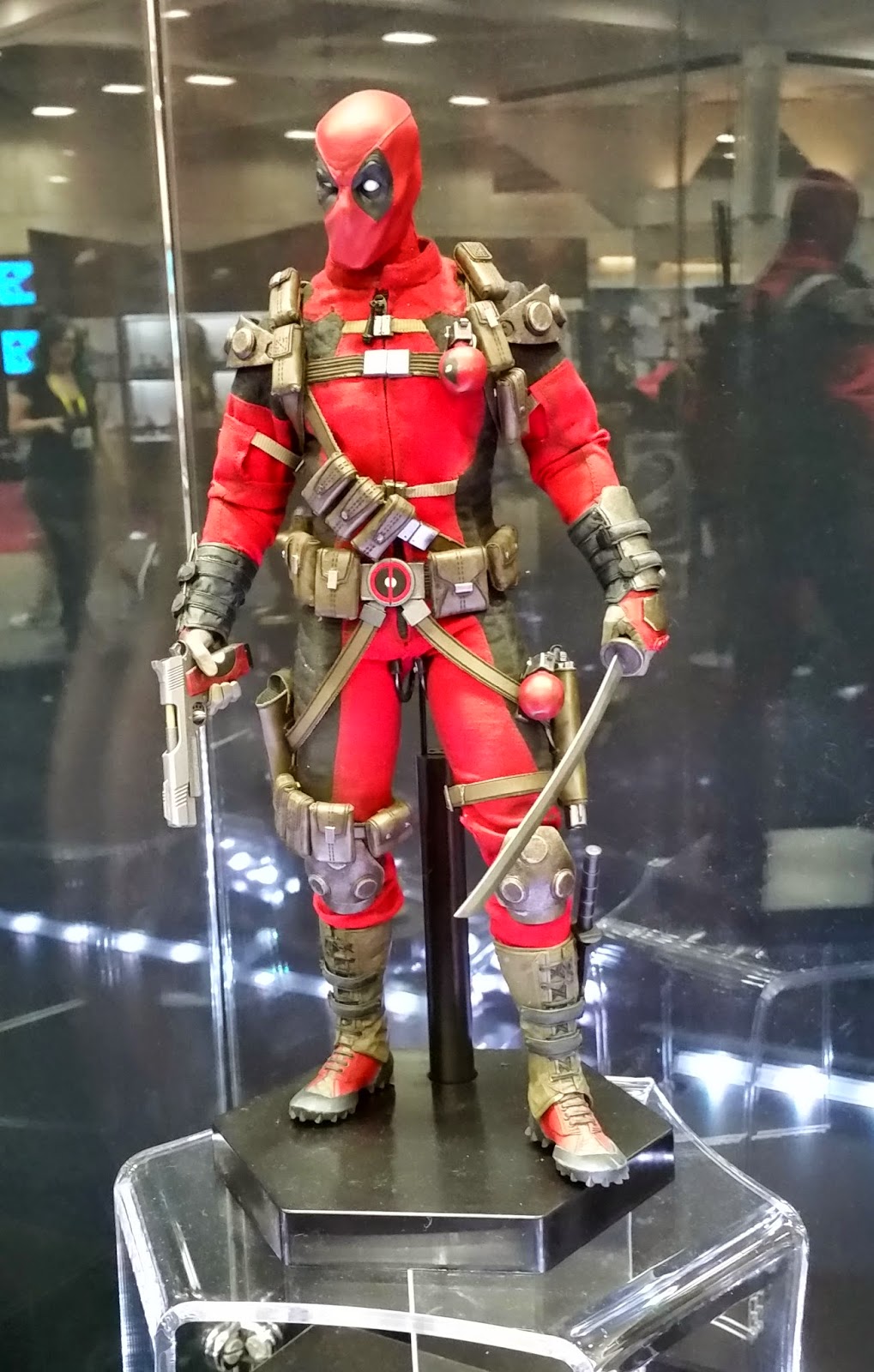 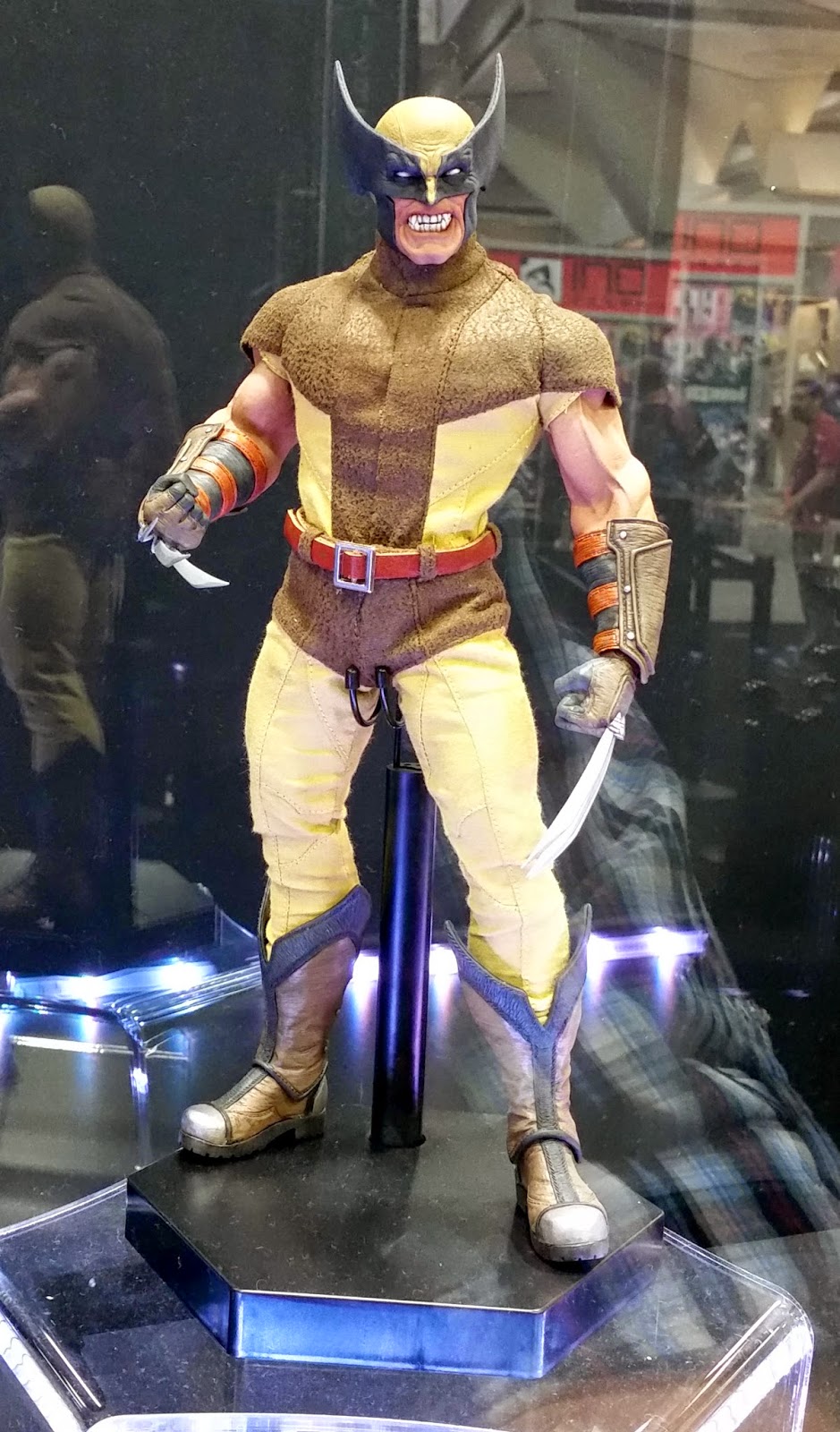 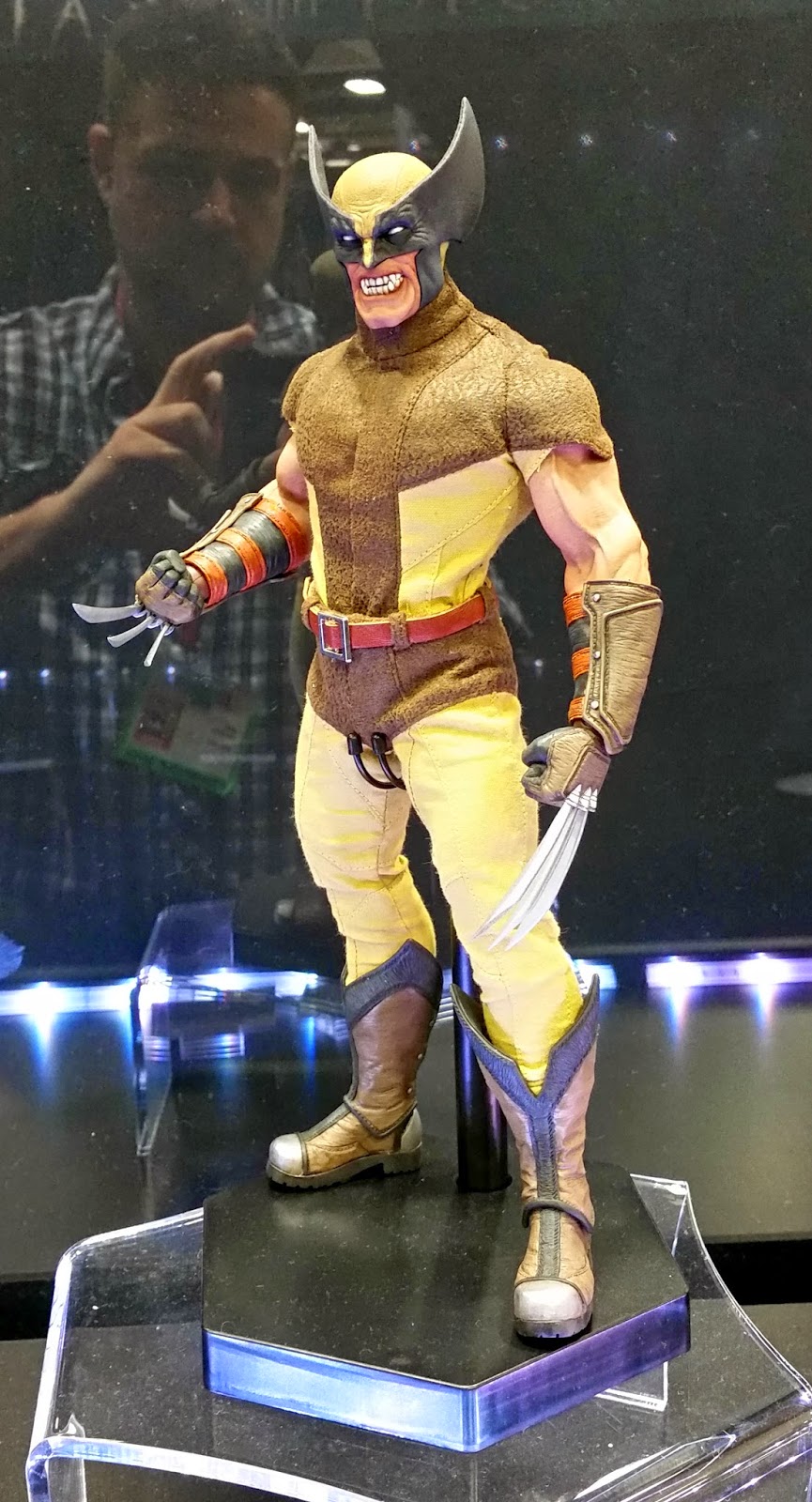 Hopefully we'll hear more info on this line, soon.
Posted by John Stinsman at 1:45 AM