These sets include a reproduction figure of Mego's vintage Captain America figure--complete with box-- along with new head/clothing sets allowing you create a more updated version of Cap as well as Steve Rogers in military garb, representing the character before his transformation into the Super Soldier.

I think these sets are pretty cool and I love the packaging, but the downside is that it only comes with one figure body, meaning that, if you want to open and display them, you can only display one figure at a time. It would be nice if, in the future, Diamond made some individual "nude" Mego style bodies available so that collectors could display all three figures at once, but I don't really see that happening. I guess we'll have to find our own extra bodies. 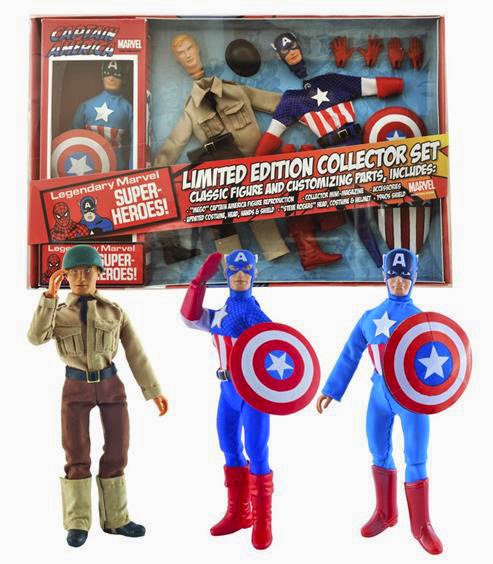