I usually don't report much on the Masters of the Universe Classics line because, as a collector, you're either in it or you're not. If you are in, then you know exactly where to get all your up to the minute breaking news, and I can't compete with those guys.

But, MOTU Classics is one of my absolute favorite current toys lines and I'm ecstatic that it's been extended into 2015! There's a lot of great new figure I'm looking forward too-- like Squeeze, Multi-Bot, Dragtor and Blast-Attack. It will be very interesting to see how Mattel and the Four Horsemen execute those crazy designs!

But, getting to the topic of this post, Mattel has officially announced the opening of a subscription service for those giant, over-sized MOTU figures that were shown at SDCC.

The subscription will open on the Matty Collector site on September 10th and run through the 25th and will consist of four figures-- He-Man, Skeletor, Beast-Man and Stratos.

These figures are styled pretty much like Gentle Giant's "jumbo" Star Wars line, with complete recreations of the original packaging. Sadly, Mattel did not make the packaging "collector friendly" so if you want to open the figure for display, you must ruin the card. 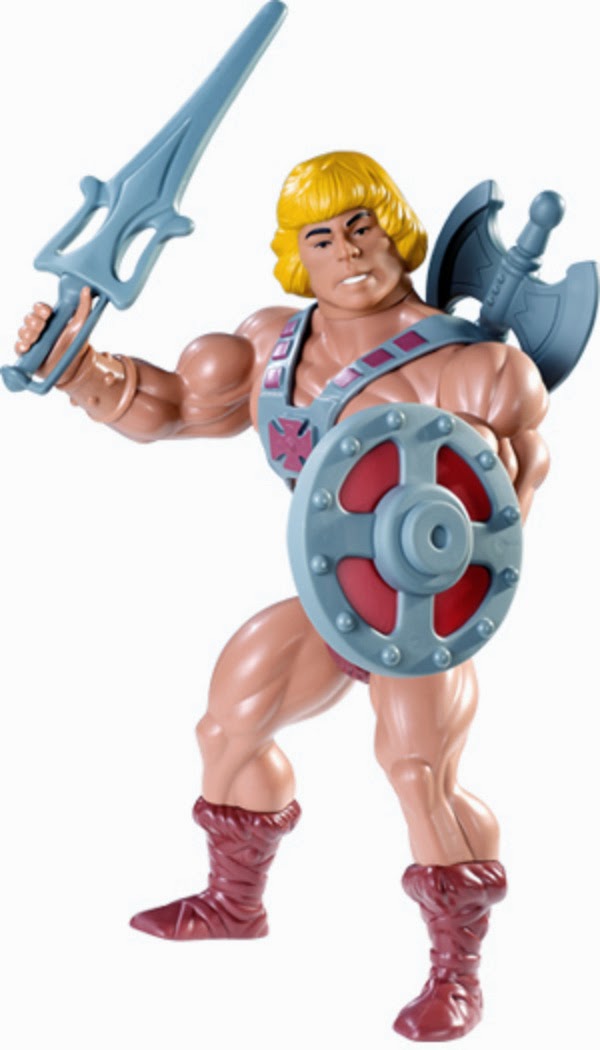 Posted by John Stinsman at 3:43 AM